Astrotec is a Chinese company that produces iems and earbuds. In this review, I will be reviewing the AM800M from their AM series. I would like to thank Astrotec for this review unit. At the moment, you can find more information about the Astrotec AM800M on https://www.astrotecglobal.com/ .

The AM800M comes in a grey package with the brand name, image of the iem, “Hi-Res” logo and model name printed on the front. After opening the package, you get the iem, warranty card and a carrying pouch that contains ear tips and guides.

The AM800M has housing in gun-metal colour and wood at the back. There are left and right markings printed on each shell to differentiate between left and right. There is a vent on the wood too. The housing is small and I am able to fit the iem in my ears comfortably. The nozzle is straight with metal mesh for earwax prevention. 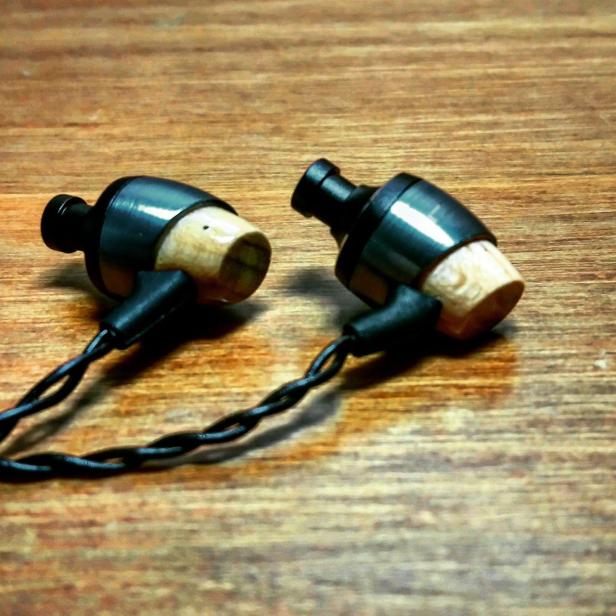 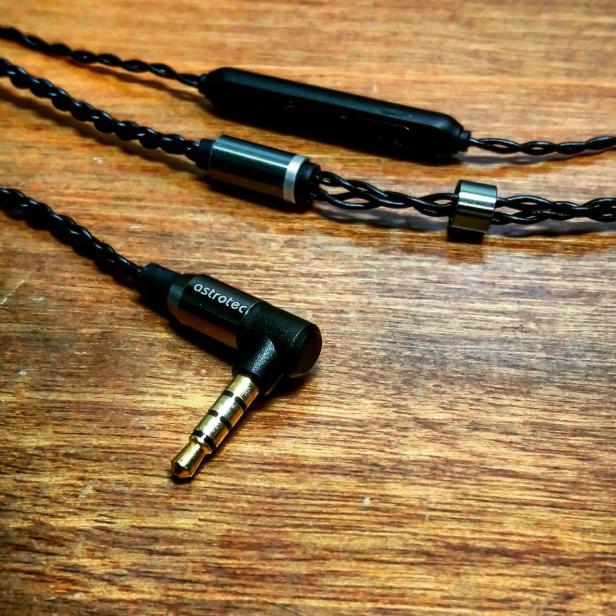 The AM800M extends its sub-bass moderately and there is a fair amount of quantity. It stretches with a decent depth. The mid-bass has a moderate amount of quantity and the slam is laid-back. The bass dynamics is good but not the most engaging. The bass decay is moderate and there is some agility in the bass note presenting itself. Bass texture is generally smooth. The bass lacks the authority for a visceral impact.

The midrange on the AM800M is quite clean with some warmth. There is a good transition from the lows to the lower mids. The lower mids has a moderate amount of body. The quantity is not enough for the thick and lush approach. Male vocals are still expressed nicely. The upper mids is slightly forward and there is decent crisp. Definition is moderate. Female vocals are presented with some excitement. Details retrieval is fair.

The treble is extended moderately and there is clarity to it. It operates in a balanced approach. There is no sibilance and harshness. There is decent control on the treble and it is presented with moderate articulation. The air rendered has a fair amount which provides some space. There is a lack of crisp and body for an organic performance.

The AM800M has a moderate expansion in its stage width and the depth is decent. The positioning of vocals and instruments is good. The overall soundstage is moderate. For busier tracks, it is unable to tackle them with ease.

The AM800M has similar sub-bass quantity as the M4 but it is less extended. The sub-bass reproduction on the M4 has a more clinical impact and the bass decay is quicker. AM800M is smoother which helps in a better bass texture. The mid-bass on the AM800M has more weight and the slam is less agile than the M4. The lower mids on both is very similar and male vocals are expressed well. The upper mids on the M4 is boosted and the forwardness helps female vocals to shine. For the AM800M, there is extra body to its upper mids and it operates in a laid-back style. Definition on the M4 is better with crisp. There is a more organic performance. Moving on to the treble section, AM800M has a smooth take on it while M4 is exciting with a great extension. However, the M4 is prone to sibilance and harshness. For the AM800M, it displays its maturity with a good control in its treble. The soundstage width on the M4 is better while the AM800M has a more natural expansion. Depth on both is quite similar.

The AM800M is a nice iem with a slight v-shaped sound. It provides a tinge of warmth and the smooth nature allows a fatigue-free listening. In addition, the iem is constructed well and there is a microphone in the cable. The Astrotec AM800M is a great choice for daily usage.